I’m a Texas Gal and love the TEXAS Hill Country and would like to be the person who HELPS YOU. As a 6th generation Texan and lifelong resident of the San Antonio area, with 38 of those years in Bulverde-Spring Branch, I do know the area well. I lived on the south side of SA until I was 16, the north side for the next six years, then Bulverde. I have worked in schools in SA, Bulverde-Spring Branch-Canyon Lake, and New Braunfels. I have worked real estate all over this part of the state, even the Texas coast

JB Goodwin Realtors® has been in business in the Austin area since 1972. He left San Antonio and Houston a few years back to take time off for family, but he is now back in SA with real estate power ready to work for you. We at JB Goodwin work as a team to provide you with quality service. In fact, the JB Goodwin’s Mission Statement is simply to “Help People.”I feel the same way. 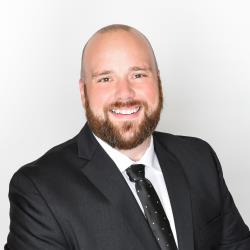 I was born and raised in Bulverde, Texas, on the edge of the hill country. I spent my summers on the Guadalupe river, and winters by bonfires in the fields of Comal county. I graduated from Smithson Valley High School in 2005. Despite my rural upbringing, I consider San Antonio as much a part of my home as Bulverde. I spent my college years on all sides of San Antonio and the outlying suburbs. Also during college, I managed a Whataburger in San Antonio, and the Sonic Drive-In in Bulverde. I graduated from Smithson Valley HS in 2005, and attended many of the Alamo Colleges in San Antonio for my basics. I went on to graduate from the University of Texas at San Antonio (UTSA) where I obtained my B.A. in Psychology, and later my M.S. in Experimental Psychology. During my time at UTSA, I oversaw a cognitive lab funded by a National Science Foundation Grant and assisted in numerous published studies.